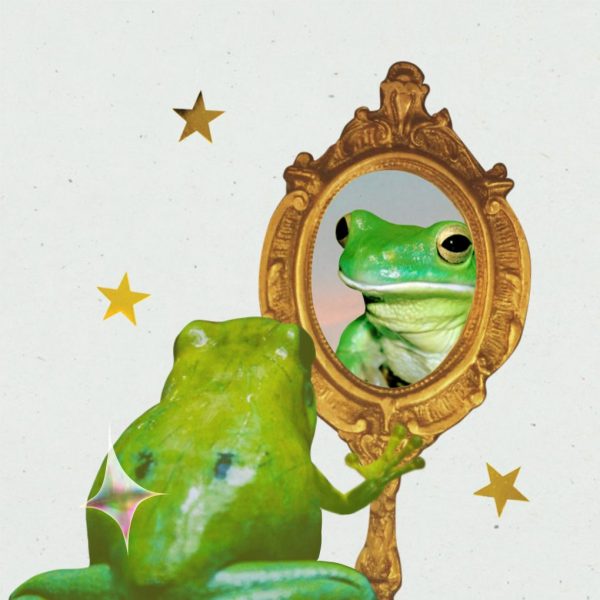 2022 has been a year of extremes. On the one hand, many around the world began stitching their lives back together after two years of social distancing and lockdown. In-person events resumed. Communities flocked together and experienced more “IRL” connection than they had for a long time. But on the other hand, COVID-19 variants continued to grow wilier and more contagious. Lives remained deeply impacted by this ongoing pandemic. In the US, the autonomy of people with uteri came seriously under threat. And in Iran, people of all ages and genders rebelled against the human rights abuses inflicted on them in what became the country’s largest civil rights movement since the 1979 revolution.

Yet, that’s not even the tip of the melting ice caps.

In this article, we delve into the world events that occurred in 2022 and pinpoint exactly where the year’s astrology anticipated or mirrored what unfolded.

Content warning: This article mentions white-supremacist and gender-based violence, as well as other subjects that may be distressing to read about. We will flag each of these sections as we come to them, so you can take care of yourself as needed.

Let’s start with some good news: We began the year with Jupiter in Pisces. Jupiter is our planetary wise one and gift-giver. Known by the ancients as the “greater benefic,” it bestows abundance, fortune, and generosity. As we discussed in our 2022 Guidebooks and Year Ahead readings, Jupiter wasn’t working at full potential in 2020 and much of 2021 because it was passing through Capricorn and Aquarius (two signs where Jupiter’s gifts get restricted). Our friendly giant rules the sign of Pisces, however, which means that during the first quarter of 2022, Jupiter had maximum potential to deliver its wisdom, healing, and bounty.

So what good things did Jupiter in Pisces deliver in the past year? Let’s unpack them.

But of course, Jupiter in Pisces wasn’t the only transit that textured the astrological landscape of the year.

Just as the ancients considered Jupiter the “greater benefic,” they named a “greater malefic” too. That’s Saturn — the planet of restriction, boundaries, and discipline. Since late 2017, Saturn has resided in the signs that it rules: Capricorn (from 2017 to 2020) and Aquarius (from 2020 to 2023). As we explained in our 2022 Guidebooks and Year Ahead readings, that’s meant that we’ve been experiencing Saturn at its peak levels of constraint and isolation. But there’s a “lesser malefic” too — Mars, the planet of confrontation and war. When Mars and Saturn joined forces in Aquarius in March 2020, we experienced the first lockdowns in Europe and North America. Subsequently, every time these planets encountered each other with a hard aspect, we discovered a new variant of COVID-19 or an influx of cases, hospitalizations, and deaths. This pattern continued into 2022 — but that’s not all Saturn and Mars conspired for us this year.

The conjunction between Mars and Saturn in Aquarius on April 4th took place eight days before the union between Jupiter and Neptune in Pisces on April 12th. For context, these planets hadn’t joined together in this sign since 1856, a time that coincided with spiritualism, seances, and other forms of contacting the other side. Neptune is the planet of escape and delusion, and Jupiter brings a Miracle-Gro quality to everything it touches. So when the two come together, they inspire a collective will to dwell outside the bounds of material reality — especially if that reality feels limiting or grim. In 2022, this desire to transcend limits played out via the loosening of pandemic restrictions. Just as we clamored to tear off our masks and resume business as usual, the COVID-19 virus adapted itself to become more contagious and difficult to detect — we can thank Jupiter’s “Miracle-Gro” quality for that too. The spread of misinformation, disinformation, and denialism is another feature of Jupiter and Neptune in Pisces, which influenced the lead-up to the 2022 US midterm elections, though we’ll discuss that a bit later.

This shift officially began on November 19th, 2021 — during the first Taurus eclipse of this series — but it continued into 2022 when the nodes of the Moon entered Taurus and Scorpio. The lunar nodes are the points in space where the ecliptic (i.e., the path the Sun carves in the sky from our point of view on Earth) crosses with the Moon’s orbit. If that’s hard to visualize, don’t worry. All you need to know is that these points in space relate to the Sun and Moon’s alignment. Every time a New or Full Moon occurs near one of the lunar nodes, eclipses happen. For that reason, they were considered danger zones by the ancients.

On January 18th, the North Node of the Moon entered Taurus, an earth sign that relates to money, food production, agriculture, and the natural world. Because Taurus is ruled by the planet Venus, this sign also corresponds to traditionally “Venusian” beings and things, including beauty, sensual pleasure, women, and femmes. Now, the North Node wasn’t the only long-term guest in Taurus this year. There’s been another planet residing here since 2018: Uranus, the planet of change and disruption. In our 2022 Guidebooks and Year Ahead readings, we talked about how this combo would stir up volatility for all things related to currency, markets, supply chains, food production, and food distribution. And it has — but it has also seriously disrupted the bodily autonomy of people with traditionally “Venusian” organs, including uteri.

Exactly opposite the North Node is the South Node, which entered the sign Scorpio at the same moment the North Node entered Taurus. Scorpio is a water sign that we associate with deep emotion, mystery, and secrets. As we explored in our 2022 Guidebook and Year Ahead workshops, when the South Node is in Scorpio, it forces us to reckon with something that feels gruesome. It prompts us to confront the horrors of life, including things that feel too taboo to talk about. When eclipses are in this sign, we come face to face with the gnarliest, most repugnant sides of ourselves and the societies we live in. We’re asked to truly claim our bitterness and cruelty, lest we unleash it onto others.

Now, the first eclipse season of the year occurred between April 30th and May 15th. Let’s look at how these themes materialized.

The cosmos’ benevolent helper, Jupiter, journeyed through Aries from May 10th to October 27th this year. Our 2022 Guidebooks and Year Ahead workshops discussed how Jupiter in Aries is brave, spirited, and trailblazing — but also a little reckless. Because Aries is a cardinal sign, and the first sign of the zodiac, this transit corresponded to some significant “firsts,” as well as new things being birthed into the world.

Our 2022 Guidebooks and Year Ahead readings anticipated that the pileup between Uranus (the planet of disruption), the North Node (the symbolic head of the hungry dragon), and Mars (the planet of war) in Taurus would create some of the most volatile astrology of the year. Mars is a planet known to inflame situations, after all — and in some cases, it was quite literal, as global temperatures continued to rise.

As mentioned, the earth sign Taurus corresponds to the natural world, as well as material concerns such as money, food production, food distribution, supply chains, currency, and the economy. In August, the Uranus / North Node / Mars pileup in Taurus squared off with Saturn, the planet of scarcity and restriction. The result? Some of the highest inflation and interest rates we’ve experienced since 1981.

Astrologically, it’s important to note that these themes are continuing to unravel. The North Node will journey through the same sign as Uranus until July 17th, 2023. And in addition to having an impact on our markets and food production, this volatility has rippled into our political systems and governments — whose actions both respond to and trigger economic slumps (or indeed freefalls). The UK offers a prime example, as we’ll explore below, but it’s far from the only one.

Mars (the planet of confrontation and war) added lighter fluid to some volatile situations when it joined Uranus and the North Node in Taurus. The aggravation didn’t stop when Mars left the earth sign though. That’s because Mars entered Gemini — a sign all about communications and exchange — where it will stay for seven months. This is an extraordinarily long time for the action planet, who normally scoots through a sign in roughly two months. The reason Mars lingers so long in Gemini this year is due to its retrograde from October 30th, 2022 to January 12th, 2023.

As we broke down in our 2022 Guidebooks and Year Ahead readings, Mars in Gemini leads with fighting words. We’ve experienced the effects of this already, as Mars entered Gemini in August, but the “fighting words” have grown all the more heated since the planet ground to a slower pace in October.

As we talked about in our 2022 Guidebooks and Year Ahead readings, Mars retrograde connects to the other major event going on in the latter part of the year: eclipse season. That’s because Mars rules the sign Scorpio, where the first eclipse in this season occurred on October 25th. Mars is the planet we associate with war and violence. The Mars-ruled Scorpio eclipses have brought these themes to the surface, forcing us to reckon with the ugliest aspects of ourselves and our society.

The second eclipse in the season occurred in Taurus on November 8th, the same day as the US midterm elections. All eclipses tend to bring plot twists, fateful beginnings, and sudden endings, which we witnessed during this election, as well as others around the world.

Studying astrological transits against the backdrop of major events is one of the best ways to recognize the cycles that we are living within. Cycles of violence and hate, but also the cycles of people who rally against these patterns. Generations and generations who have always united in refusal, with the savviest ways of subverting the powers that be. Like patterns in human history, astrology is always repeating itself — just slightly differently each time. That’s because the planets and points continue to orbit the Sun. By understanding what tends to happen on Earth during certain astrological transits, we become more aware of our own tendencies and traps — as well as our gifts to overcome them.

There’s no doubt that 2022 has been turbulent. Indeed, devastating at times. But buried amid all this upheaval, there lies a call to seize back the steering wheel of our lives. To claim how we relate to each other, how we work together, and how we live in reciprocity with the Earth. To practice the fine art of self-adjustment. To evolve, grow, and brave the paths of resistance that are necessary to make this world more livable, more equitable, and more just.

Understanding past astrology also helps us prepare for the coming year. In 2023, Saturn will wade into Pisces for the first time in 30 years, making our rule books decidedly more fluid. Then Pluto will enter Aquarius after 15 years in Capricorn, bringing a whole new meaning to the power (and cost) of information, as well as the power of the collective. The lunar nodes will also finish their journeys in Taurus and Scorpio and enter Aries and Libra, ushering in a whole new season of the self. What will this mean for you and your life? We will lead you through it all in Your 2023 Guidebook and 2023 Year Ahead readings.

You can find and read your horoscopes for the current astrology here!